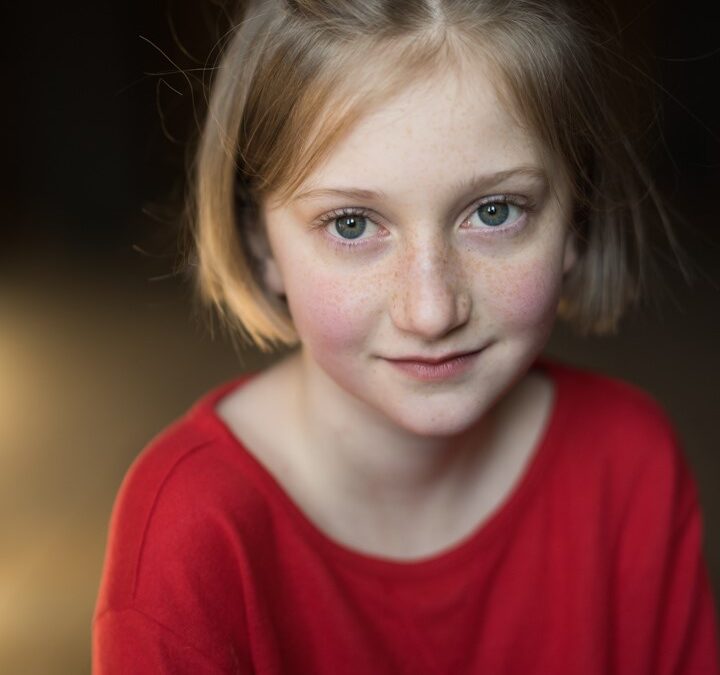 Peyton to most, PJ to those she has given permission.  She is a vibrant, energetic twelve-year-old, who to look at her today, you would never know she had a heart problem.  In fact, we did not know she had any health issues until July 9, 2019.  She was 9.

Born healthy on February 23, 2010, she met all her physical and cognitive milestones.  Well child visits were a part of her yearly medical routine and she continued to grow despite being a picky eater.  Around the age of six, we did notice she was growing in height albeit not so much in weight.  At one well child check the doctor, who knew her well, made a statement to the fact that, “if I didn’t know her and what she told me she eats, I would think she was malnourished.”  The doctor didn’t make any changes or suggestions to Peyton’s diet or routine so it seemed it wasn’t something to worry about.

In time, Peyton seemed to be getting thinner, her arms and legs were tiny and you could begin to noticeably see all the bumps on her spine.  She began to complain that it was hard to sit in the chairs at school because sitting back in her chair hurt her back.  Her sisters were very active, but Peyton just didn’t have the stamina.  Around the age of seven, fatigue and shortness of breath set in, she started asking if the doctor could be called sometime to find out why she was feeling tired all the time.  Since her sisters were so active it seemed as if Peyton just needed to build up endurance, run more, ride her bike, or do something active.

It was beginning to be evident that the shortness of breath was getting worse.  Running across the playground at school was too much for her.  She could run halfway and then needed to walk. Running across the back yard became difficult, then it progressed to her being out of breath walking down the short hallway in our home.  At night she started putting pillows under her head so she could sleep, saying it was easier to breathe that way.  Again, she asked to see the doctor.

In March of 2019, Peyton saw the pediatrician to check on being tired and out of breath.  After describing the systems to the doctor, they thought it could possibly be asthma due to family history, and inhalers were prescribed.  After monitoring her for a period of time, it was clear that the inhalers were not helping.  At a follow up visit the doctor began a series of tests and scans.  Bloodwork revealed that her bilirubin numbers were elevated.  Labs were repeated and a scan of her liver was ordered. In one of the scans, they captured a picture of a portion of her heart; it was enlarged but still at the upper end of normal.  A referral to a cardiologist was ordered.

Time had elapsed from the initial visit with the pediatrician. Follow up visits, scans and several rounds of bloodwork completed.  Peyton visited the cardiologist the morning of July 9, 2019.  An echocardiogram was done, and she was evaluated by the doctor.  That same afternoon I received a phone call from the cardiologist asking that I visit with her that same day after she was finished with clinic, without Peyton.

I arrived at the cardiologist’s office that afternoon and remember listening to the doctor explaining what was going on with Peyton’s heart.  As I listened, it felt as if she was telling me someone else’s story, someone’s story that I could not comprehend.  She explained that Peyton had a condition called Restrictive Cardiomyopathy, a condition where the chambers of the heart become stiff over time and are not able to fully refill.  The doctor mentioned this condition was one she had to study about in her schooling, but had never seen in her practice.  By the time I had arrived at her office that afternoon the doctor had sent Peyton’s file to OHSU who in turn referred it on to Stanford.  Stanford requested that she be seen the next week for a heart transplant evaluation.

After meeting with the cardiologist, I drove numbly out of the parking lot to a side street, pulled over and called my husband who was working out of town. It was then that the reality of the doctor’s words sank in.

My husband returned home and we had to explain to Peyton the news we were given.  Peyton wasn’t sure what was happening when we sat down with her on the back porch.  As we unfolded the parts of the story we knew, she began crying, covered her ears and began telling us that she didn’t want to hear anymore.  She understood that something was wrong with her heart and that she needed to have it checked out more, but was not able to listen to the part about needing a transplant.

Within two weeks Peyton had completed a heart transplant evaluation at Stanford’s Lucille Packard Children’s Hospital in California.  This was a learning process for all of us.  The hospital performed various tests according to an outlined transplant protocol.  Once the test was completed, the doctors met as a team to review her case.  Their recommendation was a heart transplant along with Peyton living in the hospital on an IV medication until a heart became available.  The estimated wait time for a heart was six months up to two years or beyond.

We returned home overwhelmed as to what the future held.  A second opinion at Seattle Children’s Hospital was next on our list. Contact had been made and arrangements were in order for Peyton’s trip to Seattle when we received notice that a heart transplant had been denied by the insurance and in addition, they would not pay for a second opinion.

Peyton’s cardiologist and the lead doctor for the transplant team at Seattle Children’s, whom Peyton had never met, collaborated on an appeal to the insurance company.  During this time, we contacted and worked with an ombudsman who investigates complaints against maladministration to resolve the insurance issue.  After the appeal was submitted, the insurance wanted a doctor not involved in the case to review the findings of the cardiologist and the recommendation from the team of doctors from Stanford.  All the while Peyton’s life was in limbo, no plan moving forward, no second opinion, no chance of being on the waiting list for a heart.

Approval finally came toward the end of August, 2019.  A second opinion at Seattle Children’s Hospital took place early October. The recommendation from Seattle matched that of Stanford’s.  We learned there are different listing regions for transplants.  Seattle and Stanford are in two different regions, so it was necessary to choose one or the other. There were stipulations on a dual listing that didn’t not make it beneficial to list both places.  We made a decision to list with Seattle.

The waitlist for a pediatric transplant is defined by medical need and other factors.  The most in need of a heart are listed as 1A or 1B, then a 2.  If a patient has other factors that would affect their placement and ability to have a successful transplant, an exception can be submitted and upon approval, can be moved up on the waitlist.  Due to the severity of Peyton’s condition, she was initially listed as a status 2 on October 22nd, and an exception was submitted and approval was granted to move up to a 1B status.

On October 26, 2019 we received a call that a heart was available.  She received her new heart on October 27,2019.  Recovery went well despite a small setback of fluid collecting on her lungs.  Peyton was discharged from the hospital 11/15/2019, but had to remain in the Seattle area near the hospital for another month.  She made it home for Christmas 2019.

Life did change that day.

The shock of Peyton being sick was so overwhelming, the fears, the times tears were so close to the surface it was hard to hold a conversation or even do simple everyday tasks without feeling a pit in your stomach has faded.  Today her health is good with continued positive checkups, but there is always the “what ifs” in the back of your mind.  How do we navigate each new adventure?  What if she needs another heart transplant, because a transplant is not a cure.

Medication will be a normal routine for the rest of her life. She is great at taking her meds, fills her med box and can tell you what her meds are for and when they should be taken. She wants to live a normal life and not have her transplant hold her back.  She only tells people about her transplant that she feels she can trust and doesn’t want to be treated differently.

Our family would like to thank Dr. Tajchman and her staff, Kris Cox PA, Lucille Packard Children’s Hospital transplant evaluation team, Dr Law and all the transplant and follow up team at Seattle Children’s along with Ombudsman Ellen Pinney.