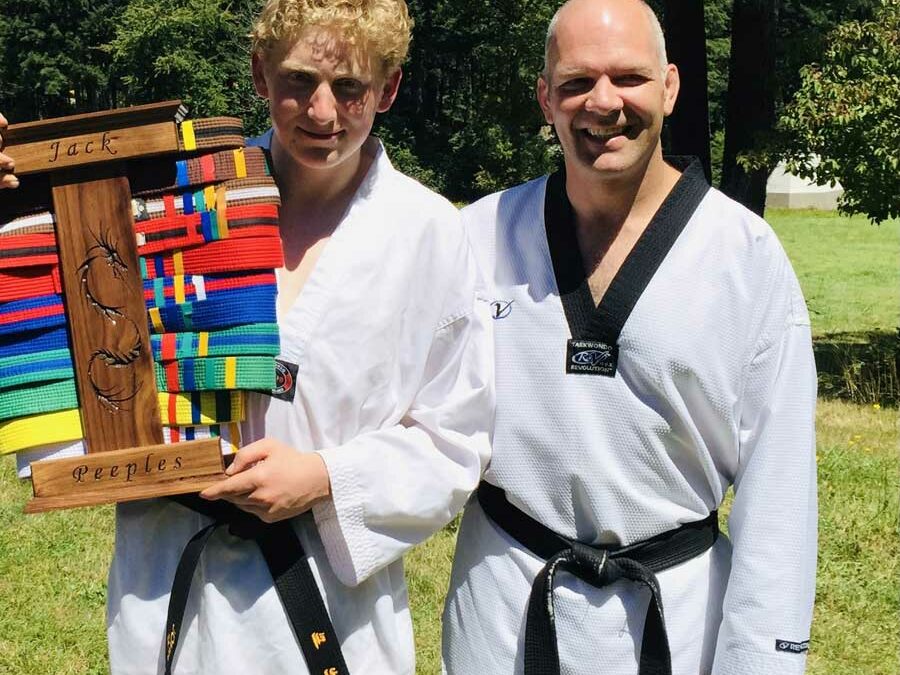 We found out about Jack’s rare heart defect (Holmes heart, single ventricle) during a prenatal screening ultrasound when I was 17 weeks pregnant. I can remember in vivid detail that moment over 20 years ago, the technician diligently searching for the missing ventricle. I was horrified. I went into that ultrasound intending to find out if we needed to paint the nursery pink or blue, not to find out that our lives would be forever changed, that our baby had a rare, life-threatening heart defect. It seemed like impossible news to process. Jack’s father and I are both emergency medicine physicians and were aware of the profound impact this would have on his life, if he even survived. The outpouring of love, support, and practical advice we received from friends, family and colleagues was incredibly valuable during those difficult times.

Jack was going to need at least two major operations to reroute blood returning to his heart so that it could flow directly into his lungs. He’d also need a number of cardiac catheterizations, to prepare for each surgery and to optimize blood pressure gradients as his body grew into adulthood. One benefit of getting diagnosed prenatally was that it gave us a head start planning Jack’s medical care, selecting a surgeon and pediatric cardiologist before he was even born. Most importantly, it gave us time to consider how we should adjust our parenting style, to make even small decisions with intention, to understand and accept how this was going to change all our lives.

In typical “Jack never follows the script” fashion, he was born 3 weeks early on Y2K. He began pushing his way out just before midnight of the last night of the century, the last night of the millennium, a night everyone else on Earth feared would herald immense disaster; he arrived uneventfully midday on January 1st, 2000, as if to say, “what’s with all the fuss? Everything is gonna be all right.” The first few months were pretty scary, as he struggled to gain weight and turned a dusky shade of blue whenever he cried. He had his first open heart surgery at age 4 months, a bidirectional Glenn which rerouted the large vein from his upper body directly into his lungs. He recovered quickly, his color improved and he began to grow. The second stage of the surgery, the Fontan, was completed just before he turned two. This more complex surgery involved rerouting the blood from his lower extremities, bypassing his heart and having it drain directly into his lungs. It took a bit longer to recover, but he was home running around within two weeks. Since infancy he has been on a couple of medications, a daily aspirin to prevent clots and a blood pressure medication to help reduce strain on his ventricle. We moved to Bend when Jack was two. Our first stop was the pediatric cardiologist. Our community is blessed to have Dr. Tajchman, as kind as she is brilliant, she has helped us navigate through developmental assessments, annual cardiac echos, and even the rare trip to the emergency department.

Our philosophy raising Jack was to attend to needs as they arose, but not allow ourselves to be paralyzed by fear. We were advised by his cardiologist to allow him to self-regulate activities, so we let him explore and participate as much as he tolerated. Swimming, particularly in warm tropical waters, was always a delight. We let Jack set his own goals and honored his pace. We spent a lot of time in nature, camping, hiking and biking, and he continues to enjoy these activities as an adult. Participating in competitive sports can be difficult for kids with complex congenital heart defects, but there are many social and physical benefits gained from organized sports. The best advice we were given was to trust his choice. They will try whatever intrigues them, they will stick with whatever they are most capable of, and what brings them the most joy. He chose Tae Kwon Do, a perfect sport for developing strength and character. We were so grateful to his mentors for giving him the time and space to develop, and so proud of Jack for his perseverance. He completed his black belt at age 16.

Jack never ceases to amaze me. I’ve learned not to underestimate what he is capable of, no Lego too complicated, no hike too long. He’s dragged me up Smith Rock’s Misery Ridge and left me chasing his dust on 6 miles of switchbacks up to Yosemite Falls. He excelled at theater and choir in high school, winning awards his senior year. He finished an Associate Degree at COCC and is now taking classes at the School of Journalism and Communication at the University of Oregon. We realize that there will be challenges ahead, annual echos, occasional cardiac caths, adjustments to vascular anatomy, maybe even another big surgery. But we are encouraged by all of the progress made in cardiovascular medicine, less invasive options that improve circulation and support the longevity of a lone ventricle.

I remember one time, describing Jack’s situation to someone, they drew in a long sighing breath and said, “Wow,..is he ever lucky.” And I thought, what part of this story did you not hear? You and I have a completely different concept of luck. They finished their thought, “He’s so lucky to have you guys as parents.” I realized at that moment how right she was, not that we are such great parents, but that there is more to every situation than we first appreciate. What makes a situation good or bad, a gratifying challenge or an insurmountable tragedy, has a lot to do with our attitude, how we approach each day, not just the underlying conditions. Humans are amazing at adapting and overcoming adversity. I am so grateful to have Jack in my life, for all he has taught me about human resilience and our capacity for love and joy.