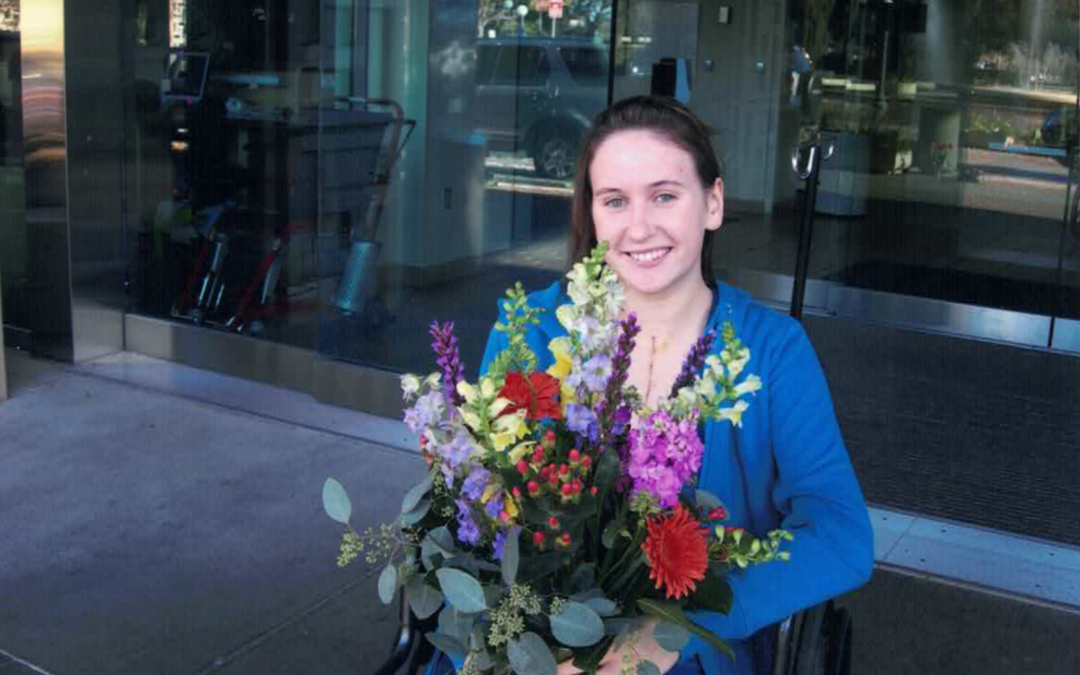 Our daughter, Christy, was 16 years old when Dr. Tajchman discovered she had an aortic aneurysm and bicuspid valve. Christy had been on swim team since she was 6 and was logging 20 hours a week of intense training in the pool when everything changed.

I grew up with a very frugal mother who gave me a love for free stuﬀ, so when I saw an ad for a free heart screening for High School athletes, I signed Christy up. I didn’t think anything was wrong, but because it was free, I thought “why not?!?”. A couple of months passed and I forgot about the screening until I received a reminder call for her appointment the next day.

I told Christy to go straight from swim practice to get screened; I was so unconcerned that I did not even go with her. She called me after swim practice and tried to negotiate skipping the screening to come home for dinner, but I told her not to miss the appointment. I was not even alarmed when a nurse called after Christy got home asking us to come to the oﬃce the next morning.

Life changed the next day when Dr. Tajchman showed us a very large aortic aneurysm on Christy’s test results. She recommended that Christy stop everything and have open heart surgery to repair the aneurysm immediately, so that’s what we did. It was an absolute shock because there were NO signs. When the surgeon at Stanford ﬁnished the 9 hour surgery he told us how lucky we were to have discovered this because the walls of her aneurysm were very thin and it could have burst at any time, which would have been fatal.

Christy recovered quickly and was even able to have a successful college swimming career. We know how fortunate we were to discover her aneurysm in time and that all the stars aligned for her story to have a happy ending.

We are forever grateful for Dr. Tajchman and the free heart screening she oﬀered because there were no signs that we were so close to a tragedy. We love you forever Dr. Tajchman.