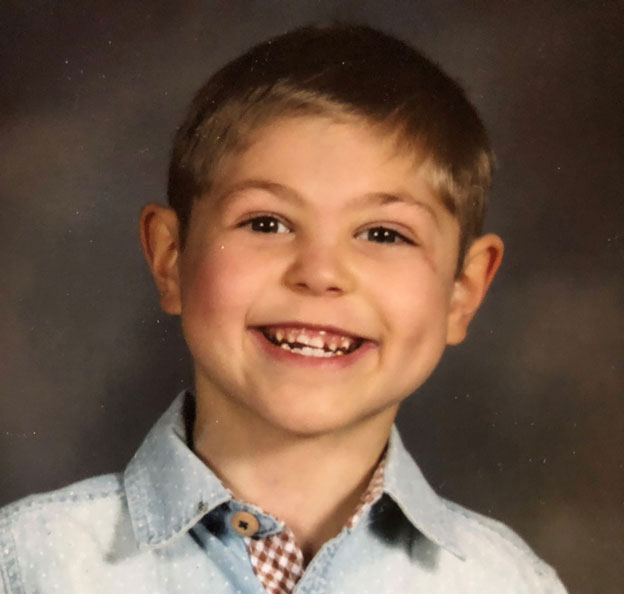 I worried about a lot of potential complications and problems during my first two pregnancies, but heart defects were never really on my radar.  As far as I knew, our family had no prior history of heart complications and I had very limited awareness of the prevalence of congenital heart disease.  But on Martin Luther King, Jr. Day in 2015 I was just over half way through my pregnancy with Michael when my doctor called to say, “It looks like there’s something wrong with your baby’s heart.”

With that news, the next several weeks took us to Dr. Tajchman in Bend (a two-hour drive) then to Portland (about five and half hours away) for testing to reveal a diagnosis, prognosis, and a plan.  In each step of diagnostic tests, we were given a range of scenarios to expect, and were devastated after each consultation to learn that we ended up on the worst end of the spectrum.  Ultimately we were told that Michael would be born with Tetralogy of Fallot, Pulmonary Atresia, MAPCAs.  As well as complications within his heart, Michael’s pulmonary structure was severely compromised.  We were warned to prepare for major heart surgery.  In Portland, we heard phrases like, “he’s worst case scenario,” “he’ll have surgery or comfort care.”

We received excellent care and advice from all the new medical professionals that had suddenly entered our lives, and we made the decision to have our baby be born and put into the care of Dr. Hanley’s team at Stanford.  Dr. Hanley specializes in and has pioneered research and procedures within the pulmonary system.

My husband and I, along with my mom, packed up our two-year-old and left rural Oregon for Palo Alto, California a month before Michael’s due date.  My job was to attend weekly appointments and get Michael safely to his planned induction date while maintaining our sanity in a motel.

Michael did well immediately after his birth.  Dr. Hanley wanted to wait until Michael was four months old for his first open heart surgery to allow his lungs time to more fully develop, but from the get-go, Michael determined his own timelines.  In the summer of 2015, after weeks in the hospital, Michael terrifyingly declared to the world that he could not wait for his planned surgery date in September.  His first open heart surgery was on July 10, 2015 at two months old.  He was so sick at the time that I counted down the minutes when he could be in the operating room because he was not going to make it much longer.

Recovery was so much more difficult than I could have imagined.  Michael made another trip back to the operating room in August, at three-months-old, to take pressure off his airways and fix his diaphragm that had been damaged during heart surgery.

By that September, we realized Michael was in complete heart block.  We were flown from Doernbecher Children’s Hospital back to Stanford for a pacemaker placement.  Michael required another major heart surgery in February of 2016, a revision of his original repair.  During that recovery time at the hospital, he had a Nissen/G-tube surgery – his fifth surgery in less than a year.

His recovery after each heart surgery was complicated and terrifying.  Michael did not make it easy for the medical team or us!

Michael’s chest has been opened three times, he has had two other major surgeries, he was on oxygen until he was four, experiences pulmonary hypertension, has daily medications, is still tube-fed, and is closely followed by multiple medical doctors.  This last year he had a stent placed in his heart valve and will require another heart surgery in the near future.

That’s a quick overview of Michael’s medical history, but that list is not at all who Michael is to us.  Our Michael is vibrant; he loves people, performing, music, dancing, and spending time with his family.  He would be in school with his friends every day if he could.  He walks the hall at school with a giant smile on his face and constantly searches the crowd of students for a glimpse of his “Bubba” or one of his many cousins.  He is a momma’s boy and offers the absolute best compliments I have ever been given.  He loves to help his dad “coach” his brother’s basketball team and begs for an opportunity to help his Pop on the ranch.  He wants to keep up with his older brother, and most of the time does a great job of it despite my worry.  Michael is a great big brother, constantly worrying about and trying to keep his younger brother out of trouble.  He’s empathetic and understanding.  He also has a ton of sass and is full of spirit.  He makes us laugh daily with his dramatic antics.

All the little heart warriors I have met are undoubtedly special people who bring joy and perspective into the lives of those who are fortunate enough to come into contact with them.  It is the honor of my life to be the mom of such a little fighter. He teaches me every day what this life is about.

I am forever grateful for our supportive family and the amazing medical teams we have been blessed to work with.